My first Persian language interview for television: A bit bright-eyed and bushy-tailed, I'd say, but here's my hopeful take on Iranian cinema and its representation of women under the rule of the Islamic Republic of Iran... I take a little peek in the crystal ball and talk about what I see as the future of Iranian cinema as well. (Persian only. No subtitles.) 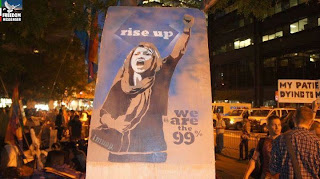 My colleague Hamid Dabashi and I had the idea early this year to create, with the exquisite La Frances Hui of Asia Society in New York, a tribute at Asia Society to the silenced Iranian Filmmaker Jafar Panahi.

I am only just now getting to the task of collecting the videos that were produced during the course of the month long tribute, thanks to the very capable staff of Asia Society.


Negar Mottahedeh on The Circle

The Wind in Film: Kiarostami's Five (for the Iranian film Blogathon)

I am reposting this short piece on Kiarostami and movement for the Iranian Blogathon Feb 21-27, 2011:
I never tire of watching Abbas Kiarostami's Five. The combination of natural, elemental forces, and the human and technologically mediated incident simply bring me to life and charge me with wonderment and delight.
I have for some time now enjoyed my exchanges around art, books, photography, music, philosophy, literature, technology and the wonders of our age with my friend Darius Himes. And we have, off and on, both remarked on our love for Kiarostami's work. Then suddenly yesterday, amidst the hustle of the Duke-at-work-Saturday, I discovered that Darius had used one of our favorite Social Media tools Qik.com to make a short film about the book and the wind. I love it. It reminds me of passages in Kiarostami's Five. Elegant and elemental. Wind and paper ... then, movement, the essence and object of cinematic fascination from the start. (Remember the rustling of the leaves in Lumiere's The Baby's Meal [Repas de bebe, no. 88, 1895]?**)

** In Lumière’s Repas de bébé, of 1895, it was not the relatively repetitive activity of feeding the baby that captured the attention of the audience, but the small matter of leaves rustling in the background, moving discontinuously in an otherwise imperceptible breeze. A small matter perhaps, but for an audience familiar with the closed circuit of mechanical illusions of motion (via such devices as thaumatropes, zooetropes, phenakistascopes) the discontinuous demarcated the territory of the real, and confirmed the verisimilitude ceded to the camera. --Thomas Zummer "Arrestments: Corporeality and Mediation" 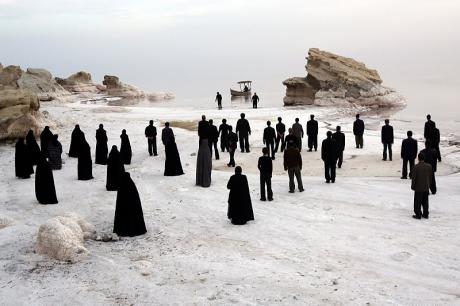 I'm very excited to have been involved in the making of this film series at Asia Society. It starts Friday 25, 2011. Also, there will be a panel discussion focused on Panahi's work on Wednesday, March 2, 2011, 6:45 pm at Asia Society.

The panel highlights the cinematic achievement of filmmaker Jafar Panahi and explores the current state of creative expression in Iran.

A Revolutionary Consciousness: When I move you move. Just like that.

This post is about the ingenuity and creativity of revolutionary consciousness and less about technological savvy and mass uprisings. But that is where I will start.

I started thinking, once again about my research on the Iranian uprising after the presidential election of 2009, and found Mark Colvin's recollections of that period at the 2009 Media 140 conference above useful. Something I had missed: #iranelection as a hashtag (or search topic) on Twitter emerged at the same time as the hashtag #CNNfail. In esssence, #CNNfail testified to the problem the world encountered with traditional media (such as CNN) as masses of people were struggling for their rights under a repressive regime.

In the past few weeks, the world has been a witness to revoutionary uprisings in Tunisia, Yemen, Jordan, Libya, Gabon and Egypt. Masses of people have bravely risen to demand basic human rights, freedom and democracy. Alert to the possibilities opened up by the Wikileaks crisis, our attention has been hooked on the online stream of information: on Al-Jazeera's online broadcast, as well as the tweets and blogs that reach our shores from the ground as new events unfold.

Now, as taken as I am with the uses of new technologies in bringing about change in the context of mass uprisings, I am equally, if not more, fascinated these days, by the poetics, that is, the ingenuity and the creativity of the revolutionary consciousness, a consciousness that, in its receptivity, creates the possibility for transformation all around it.

The German literary critic Walter Benjamin spoke of this consciousness in terms of childhood, (because it shows up with greater clarity in childhood than in adulthood) where the child's mimetic faculty sees correspondences between things --and in the revolutionary context, between past and present events-- "by means of spontaneous fantasy". In this way, this consciousness opens up new possibilities while also constructing the contexts for the child's own entry into the world. This gallery of photos of the helmets of the Egypt uprising shows both the symptoms and the signs of this revolutionary consciousness to my mind.

As Susan Buck-Morss suggests: “The revolutionary ‘signal’ which ”proceeds ‘out of the world in which the child lives and gives commands” is the capacity for mimetic improvisation “…of perception and active transformation”. This mimetic consciousness is a revolutionary consciousness, by means of which “new forces and new impulses appear..."

Of the child's drawers, Benjamin writes: They must become arsenal and zoo, crime museum and crypt. “To tidy up” would be to demolish an edifice full of prickley chestnuts that are spiky clubs, tinfoil that is hoarded silver, bricks that are coffins, cacti that are totem-poles and copper pennies that are shields.” [See Susan Buck-Morss's brilliant piece on Walter Benjamin: Revolutionary Writer for these quotes)

This ability to see correspondences --say, between past and present-- shifts consciousness into another temporal dimension of 'now-time’ -- a potent attentiveness in the present--"in which both revelation and revolution" occur.

This transformation in consciousness is the revolution that is (there on the streets and squares, but also here in our minds and in fact, ) everywhere. To quote Ludacris on this matter, because frankly, he put it most succinctly : When I move you move. Just like that. 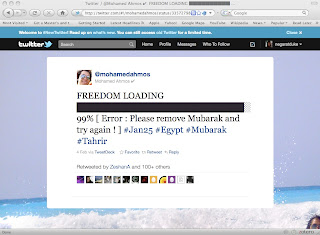 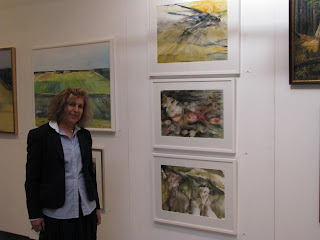 My mother, Faezeh Seddigh, is a very talented architect and artist. I admire her. I always have. And I always wanted to be just like her. As a child I used to hang out at her studio,where she and other architecture PhDs worked under Houshang Seyhoun's supervision. I wanted to be them. They were so much fun to be around when I was a toddler. Many of them are still my friends.

Forty years have passed since those days in Tehran and I still remember my mother vividly in the light of that space. I also remember the sparkling amber color, and the scent, of the brewed Persian tea that was served as these young architects created their designs for Iran.

Then, sometime last April, I met Talinn Grigor. She's a Professor of Fine Arts at Brandeis and a critic of Iranian architecture. When we met at an academic conference where we both gave papers in Austin, she was writing this book which is in part on the legacy left by Houshang Seyhoun in his work as an architect under the Pahlavis. I'm thrilled to have reviewed it for Iranian Studies. It is absolutely brilliant and reads like a detective story. I suggest you run out and buy it.