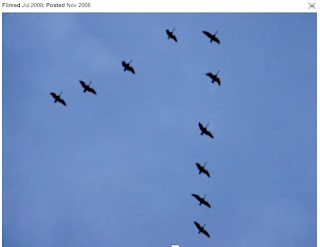 On my way back to Norway this time, I did what has become a favorite pasttime of late: I watched my fill of TED talks on my iPod and then watched some more on my MacBook at Heathrow until it too ran out of juice. The talk given by the chef and co-owner of New York's Blue Hill, Dan Barber, was among those that stayed with me. It left me with a question that has centered me through the festivities this year.
I left Norway years ago saying that I'd be back. But apart from the odd visit in the summer when the sun doesn't set and, in winter, to keep my mother company, I haven't really given a return to Norway much thought. Durham, North Carolina suits me. The heat of the summer charges my body with utter delight and the sound of the rain on the tin roof reminds me quite simply that I would have never dreamed a life so exotic when I made that childhood wish to live in America when I grew up. How did the US land me?
So there I am on American Airlines watching TED on foie gras and the Spanish goose farmer, Edouardo Sousa, who rather than gorging his geese to harvest foie gras, allows the geese absolute freedom to roam. The resulting foie gras is apparently unlike any foie gras known to us mortals. And yes, I did say Spanish foie gras. Barber talks about the mouthwatering taste of herbs, of salt, and pepper -- he even speaks of the infamous yellow tint of the foie gras--all products of the plants the geese freely graze on on Sousa's farm.
Sousa, Barber says, creates the conditions that are conducive to life, to happiness to such an extent that even wild geese flying South in winter, land and stay on Sousa's farm. This of course goes against everything we have always assumed to be programmed into the very DNA of wild geese. (Barber talks about witnessing this strange phenomenon at 10 minutes and 30 seconds of screen time).
As I landed in Oslo Gardemoen airport, I continued to think about this moment in Barber's talk. I thought about the way that Sousa achieved the yellow color of his foie gras without having his geese gorge on corn, too. But this, his having generated conditions for which even wild geese land, nest and thrive, has me wondering what ingredients would need to be present in a life for it to be a pad on which others land, nest and blossom. Do I create these conditions in my life? If not, what ingredients are missing? And what can I add? Do my friends blossom in that terrain I call my life?
What are the ingredients that make up the terrain of growth and happiness for you? Tell me!
Posted by negar at 6:47 AM

I have a team!

I guess "having a team" isn't such a big deal in the world of scientific research or business, for that matter, but to suddenly realize, as a scholar, an academic in the Humanities, that you have a team and that it's not the kind of team that is focused on one H-net topic or exists for the singular purpose of your getting a post at the next academic institution, is quite a revelation.
Yesterday my team mate, Cathy Davidson, posted a blog from The New York Times on organizing tools for downloaded articles and it led to an important
exchange between academics near and far on Facebook on the pros and cons of Endnote, Zotero, Connotea, Yep and Leap and on the headache of accessing academic journal articles if you are not in fact affiliated with a University.
Cathy has been working on developing an undergraduate course on cognition and Web 2.0 technologies, a course which is inspiring me to use blogging and "public writing assignments", such as Wikipedia entries, as requirements for my own courses in Film Studies at Duke.
Another of my team mates, Liz Dorland, posted a Facebook link for a FORA.tv presentation by Philip Rosedale on Second Life this week. Her post finally inspired me take action on a promise I had made to myself and my buddy Michael Dila, of Toronto's Torch Parnership and a writer and strategist on design solutions for businesses. I made this promise almost a year ago... to think about ways that I may use Second Life in my teaching. IBM afterall holds its business meetings in this environment and for good reason: as a parallel reality, it allows us to step out of the rote, everyday, and look critically at what we do not see in what we see right in front of us. For me, movies have that ability, and perhaps that is why I still work within the field of Film Studies as someone interested in critical thinking. But to my mind, at least, film's visual and aural planes have become such prosthetic extensions of our habitual seeing and perceiving that most of us don't actually see, or let me put it differently, don't actually choose to see lived reality from a distance, critically, through the lens of the film camera. Thus Second Life, a space of creation and innovation allows, at least for now, the possibility of reflecting on our habits of thought and action and, from a distance, of questioning the ways that these habits help and hinder us in our lives.
To this latter point, the question of how we get in the way of our own success, a blog post by new friend, the mighty New Media maverick Rahaf Harfoush on Anthony Robbin's presentation on Ted which I reposted immediately to Facebook this week propelling me into a discussion with an old friend, a regional manager and trainer in Holland Jaap van Joolen, about how useful Robbin's talk has been in his experience in management training.
There you have it: I have just introduced you to some of the most active members of my team. In all honesty, maybe I haven't yet found a way to collaborate with my team on content based, Humanities centered, questions apart from the occasional discussion around a recent book review or a movie, but the collaborative spirit that is emerging out of the social networks that we have created over the past couple of years, shows a glimmer of what is to come.
This brings me to what really, really excites me about my team and how it works to keep me on my toes:
Peter Kim, a social technology consultant and analyst, recently shook the social media tree to see what predictions social media bloggers had for 2009:
SocialRank algorithms on Facebook, Social Shopping, and increased activism: some horrifying and some really interesting possibilities which I would be delighted to discuss further with you. But here are perhaps my favorite key predictions for 2009--ones that I think apply to the concept of team and the utility of social media networks in the Humanities-- predictions from the Jedi Master himself, Yoda, channelled by Amber Naslund: "Unlearn what you have learned", "Adapt or Perish", "Fear not criticism: Canned is for green beans", "Size matters not: Who wants to play alongside you does".
I have a team and I admit that have fallen in love with my team mates. In 2009 I am devoting myself to growing up as a team! 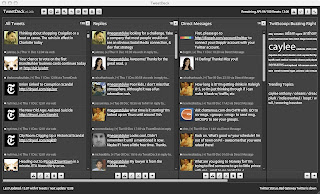 When I talk to my colleagues at Duke about my intrigue with social media networks, I get two responses: 1) Vague interest: You'll have to sit down with me sometime and show me your Twitter account. 2) Disparaging disbelief: It would be interesting to track the number hours you spend on Facebook.
Well... yes, it's true I should do both: Show you my twitter account and track the hours I spend on Facebook, but probably not for the kinds of reasons that generate the comments I've been getting-- comments that don't really acknowledge the implications that social media networks have for a lives lived in exile.
My mom who is in her sixties and lives in Norway was the first to friend me on Facebook two years ago and since then my entire extended family from South Africa to China, from Oslo to Alicante has connected, and frankly in no insignificant ways. I Facebook message my cousin in Essen, Germany from Durham, North Carolina or New York City, USA and even if she is not in Essen and is working instead in Johannesburg, South Africa there is no question in either of our minds that she'll get back to me immediately for whatever it is I need: a tet a tet , a quote, a piece of information, encouragement, a chat, really whatever, and vice versa. Our family shares photos and updates. We keep up with eachother's lives and get to know eachother's friends at a distance. We plan trips together and include those who couldn't make it in on the fun online.
In the last year alone, I have been to Spain, to Turkey, to Chile, to Kenya, and to Norway. The connections I had or made in each place created spin offs: the stories that were generated from my impression of the food, the colors, the events, the art, the music continue virtually on Facebook.
Let me give you an example:
On my last Thursday in Santiago, I discovered a whole branch of my family in Chile at a party I happened to go to with my Norwegian/ British Facebook friends. My Facebook friends had just moved to Santiago from Peru. At the party we discovered that we were all on Facebook. We friended eachother and posted our first collective picture the next day. My mom posted a comment about the photo that encouraged me track the family connection further. My brother commented too and reminded me that he had run into "my Chilean" second cousin in a bus terminal in the Middle East not long ago. My father, now in his seventies in Spain, had a chance to see photos of his relatives who he had last met some fifteen years ago in Santiago. I now follow my two Norwegian/British Facebook friends and my whole Chilean family as they get together at parties, community events, and as they celebrate business successes. I share in their enjoyment of eachother, the food and the music, and the culture they live and breathe. I "go on trips" with them and "watch them" dress up for special events and "see" them pose for photos along the way. These daily feeds continue to inspire me from a distance and affect my quotidian life.
That's just one example; one story from a Thursday of my life. There are at least ten others I could share from the last month alone. I cannot imagine a more vibrant life at the moment without social media networks. And the hours I do spend on them (which frankly aren't that many) are more than worth the years of separation and distance that has been my family's story for over thirty years.
Posted by negar at 8:39 AM