Representing Iran in Film and Social Media to be Discussed in Live Webcast, Jan. 29 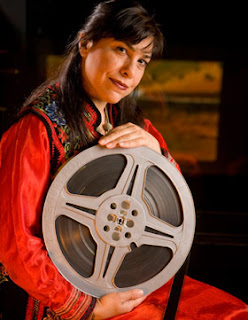 So many of my friends on Twitter and Facebook have commented recently about how they always see me online, but that they rarely see me in real life. It's a bit scary frankly, but that doesn't mean we're any less connected. Luckily, I still see my students during office hours and my colleagues too: at talks and meetings. Yes, believe it or not!

This week though, there's a twist. Tomorrow, that's Friday, I'll hold my office hours online and EVERYBOY can tune in and ask questions and participate. The plan is to talk about the role of social media in the Iranian post election crisis and about Iranian cinema on the 31st anniversary of Islamic Republic of Iran. I consider this an open forum, so join in with your thoughts.

As I spoke with James today about the flow of the questions tomorrow, I also thought it would be important to address the way that social media have impacted activism, journalism and Humanities scholarship. Also, my hero Walter Benjamin, "The Reel Evil Films from the Axis of Evil Film Festival" that I curated in 2003 and the continued persecution of the Baha'is in Iran are important topics for discussion tomorrow.

Representing Iran in Film and Social Media to be Discussed in Live Webcast, Jan. 29

Boy was that ever so much fun! There were about 277 people tuned in at one point. Another 100 have now watched the program online. Best office hours ever! Won't ever top that! Thanks everyone for tuning in and for asking great questions.