The Iranian Political Crisis: Social Media Brought you the News!* 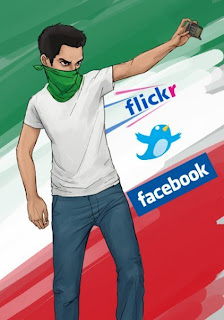 The Iranian Political Crisis: Social
Media Brought you the News!

Many have remarked on how the 2009 Iranian post-election uprising for human freedoms entailed the unprecedented corporalization, by the protesters, of new media, SMS, and social media networks such as Facebook, Twitter, and Youtube. The embrace of these technologies seemingly corroded the architecture of journalism, shifted the parameters of the archive, and forced us to think again about the structure of academic scholarship in the digital age.

The talk will describe the ways in which social media were used in the months after the crisis and the consequences of this merger of bodies and technologies in Iran and around the globe.

Sponsored by InterSect, the Comparative Studies Graduate Student Association, The Department of Comparative Studies, the Middle East Studies Center, and the Institute for Collaborative Research and Public Humanities
Posted by negar at 4:26 PM